At first read, the #SCS* of this story seems to make sense…
___
* SCS = #SocialCurrentSee

Even though toll roads are almost as ancient as civilization, the idea remains a mixed blessing. Government officials at every level embrace the idea as a win-win. Taxing authorities defray or avoid full-revenue generation to pay for vital transportation needs while they offload much of the administrative cost for transportation. Taxpayers unevenly assume the costs of toll roads because those who pay are only those who use. Seems fair? ▶ NUZZEL

As the generational bubble of the Baby Boomers begins to retire, it is increasingly evident that governments, corporations, and individuals have failed to adequately prepare for the obligations and needs of this giant cohort. Retirees are outliving actuarial life expectancies, pension liabilities are skyrocketing, pension plans are underfunded, and medical costs rise, the United States alone can expect unfunded liabilities to exceed $4 trillion.

(SCS*) = SocialCurrentSee Like most men who marry and divorce once, … the second marriage rarely lasts for the rest of life. Just fact check the data. While mega-rich empire builder Jeff Bezos gives advice on choices, he opens himself to millions who question choices. Too late in this life, at least, to rescind his […] 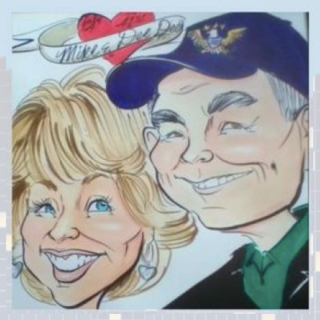 When you change the way you look at things, the things you look at change WEB CURATORS Mike & Dee Dee Foxworth for ALTACITIES® as social media archivists aka ALTALOMAN® / CANSWERIST®, web moniker for content created and archived in ... * SocialCurrentSee® for and about COMMON INTEREST DEVELOPMENTS, more than HOAs, aka ALTACITIES® = “alternate cities” * SCS: CASTING the constant comments, stories, and 'social currents' of publisher, curator, webmaster ALTALOMAN with a view of the sites below. Now retired, Mike & Dee Dee celebrate his survival with mantle cell lymphoma (MCL) since Mar. 06, including a stem cell transplant from an unrelated donor in 2007 and TomoTherapy in 2009. "ALTALOMAN" is the creator and founder, web visionary, synergist and archivist for a variety of sites (some under the moniker ALTACITIES®), a family of web locations dealing with assorted life issues and important matters. canswerist.com + altacities.com + socialcurrentsee.com + magazines.altacities.com Today’s tweets are tomorrow’s posts Mike & Dee Dee were married July 4, 1971 in Portland, Oregon. Due to Mike's work in hospital fund development, from Oregon they relocated to Denver, followed by positions in Missouri, Northern California's Napa Valley, and then Southern California (Anaheim), various Riverside County Inland Empire locations, San Gabriel Valley (Arcadia), and finally Glendora before retirement in 2010. In 2011, after remission from MCL was obtained a second time, the couple settled into retirement living by moving to Trilogy Glen Ivy, a 55+ community in the Temescal Valley.

Dee Dee and I have returned from the 4th-year anniversary visit to City of Hope with the test results from the CT, bone-density, and other routine tests reported by our chief oncologist and endocrinologist. The CT was negative (clean) and the bone-density actually showed some improvement, albeit I am still in the osteopenia range due […]

The Voice: a Christian cancer blog

advocateofhope: giving us a voice and listening to the voice of others